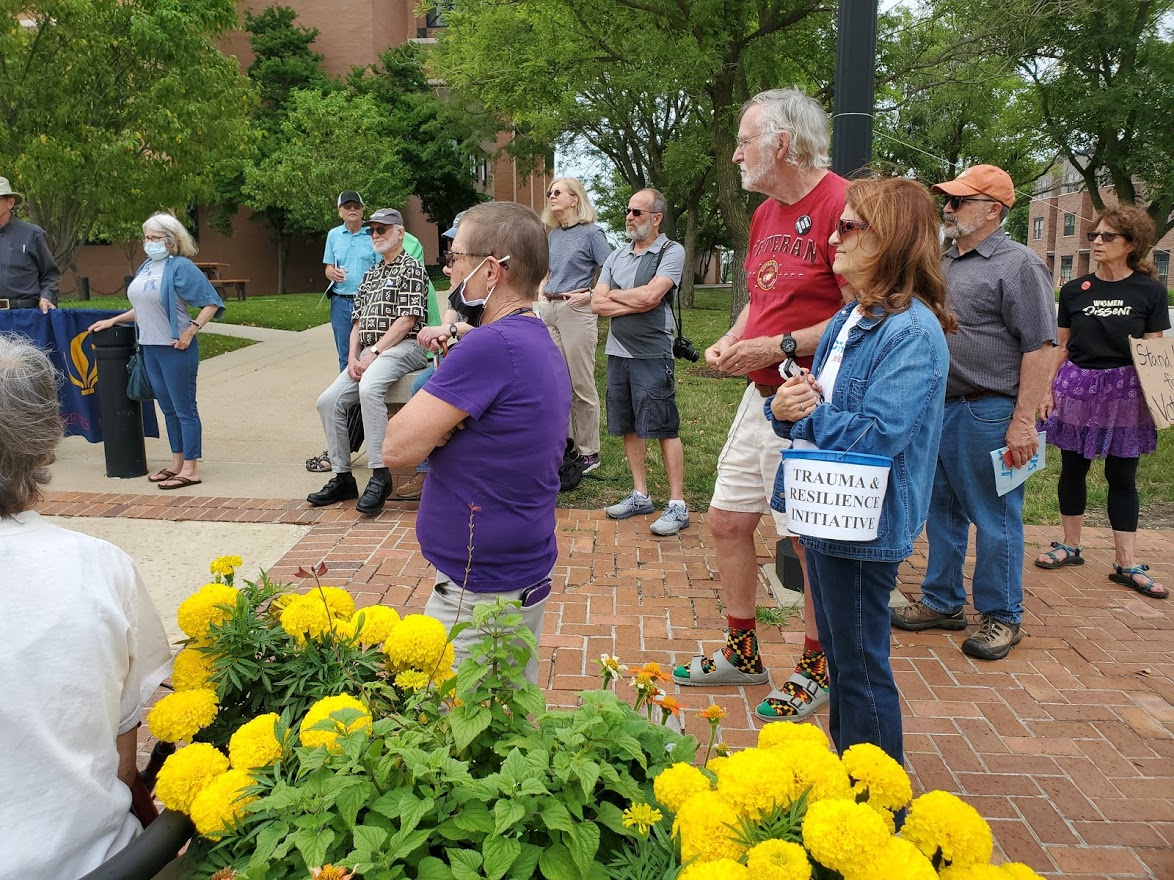 The rally was one of more than 350 actions nationwide as part of Indivisible’s Deadline for Democracy project, whose goal is to get this bill passed before September, when Congress will be turning its attention to budget bills instead of voting rights.

The rally was held outside the Urbana Federal Courthouse on Vine St. next to Lincoln Square. Dozens of passing cars honked their approval as they drove by.

“Voting is the most important issue facing us as we approach the 2022 election season,” said Diane Ore, chair of Bend the Arc Jewish Action CU, at the rally. “If people have access to voting, if we make it easier to vote, then everyone will vote, and that’s American.” 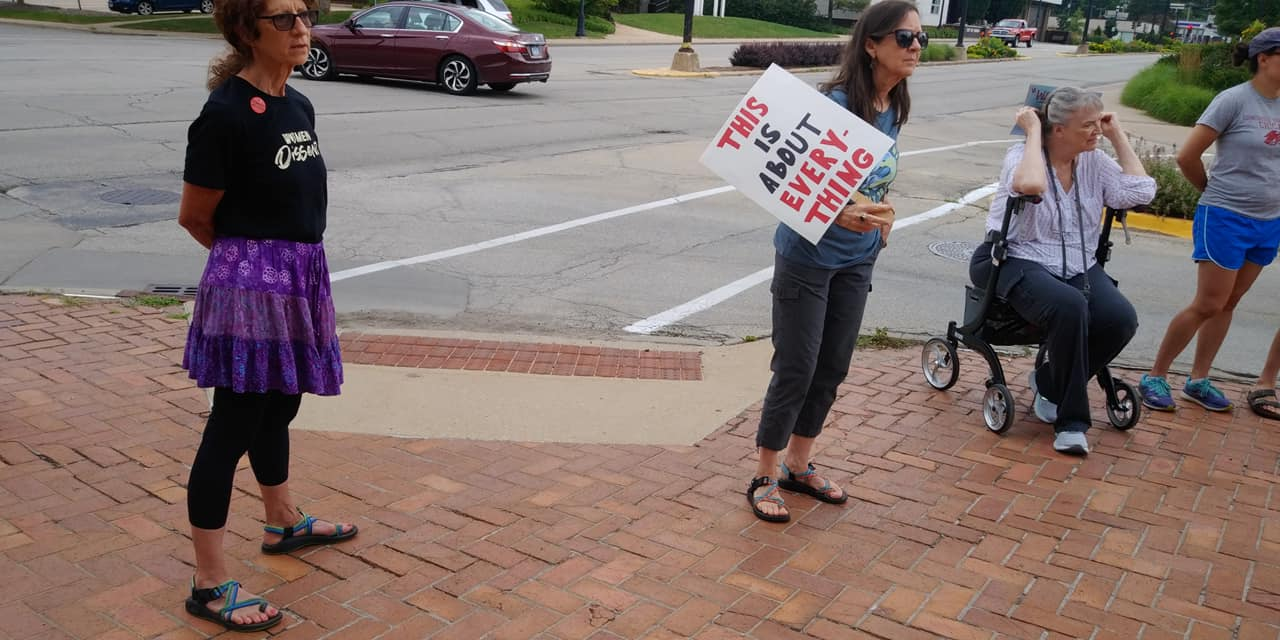 That was also the message of the many speakers at the rally, including first-time voters, a formerly incarcerated person who lost the right to vote but gained it back upon release, and a veteran who reminded everyone that fighting a war is hard, but for the Senate, voting to stop voter suppression should be easy. “Just do it!” said Marine veteran and Champaign resident Mike Marlow.

Added Urbana resident and self-styled “late bloomer” voter Jaye Covert, “My reason for not voting before was because politics frustrated me and made me feel powerless. I truly believe that there are many others that have not yet voted and likely for the same reason. What I found since I cast my first vote nearly 20 years ago, at age 35, is that I now carry the sense of my precious right, duty, and privilege to vote.”

Also speaking were ACLU Director of Communications Carol Spindel and U of I Associate Professor Sundiata Cha-Jua, who recounted the racist history of voter suppression. Champaign County Clerk Aaron Ammons also added a pitch for a permanent vote-by-mail list for Illinois. 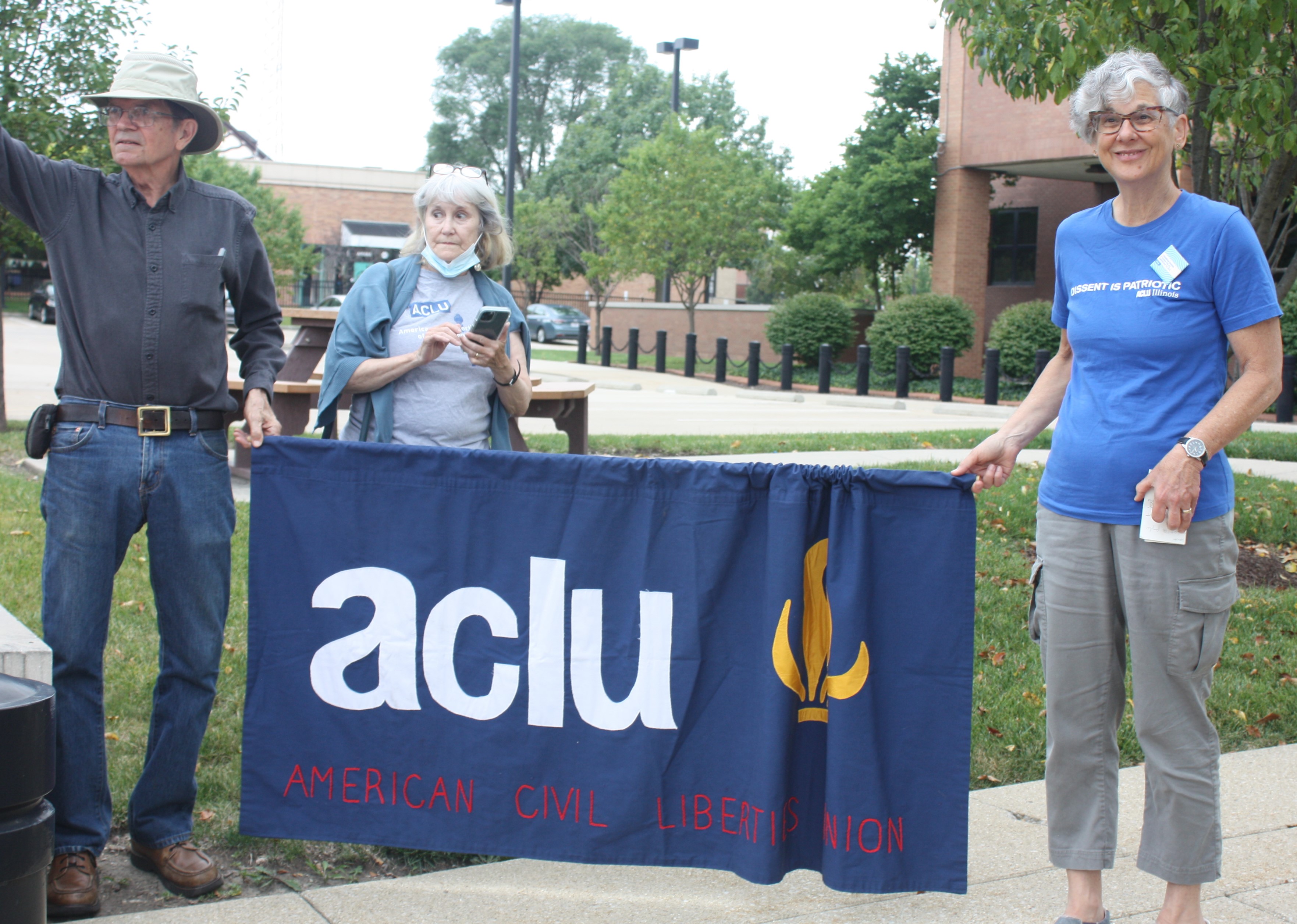