Bend the Arc:Jewish Action Champaign-Urbana members joined hosts Progressive Democrats of America for a rally on the anniversary of an attempted insurrection in Washington, D.C.,  January 6, 2021.  At Congressman Rodney Davis’s office in Champaign, over 20 people gathered with signs about protecting our democracy, not destroying it as the rioters tried and failed to do one year ago.  Bend the Arc:Jewish Action Champaign-Urbana leaders met with Congressman Davis’s staffers to urge Mr. Davis to support the committee that is investigating the events surrounding January 6, 2021. 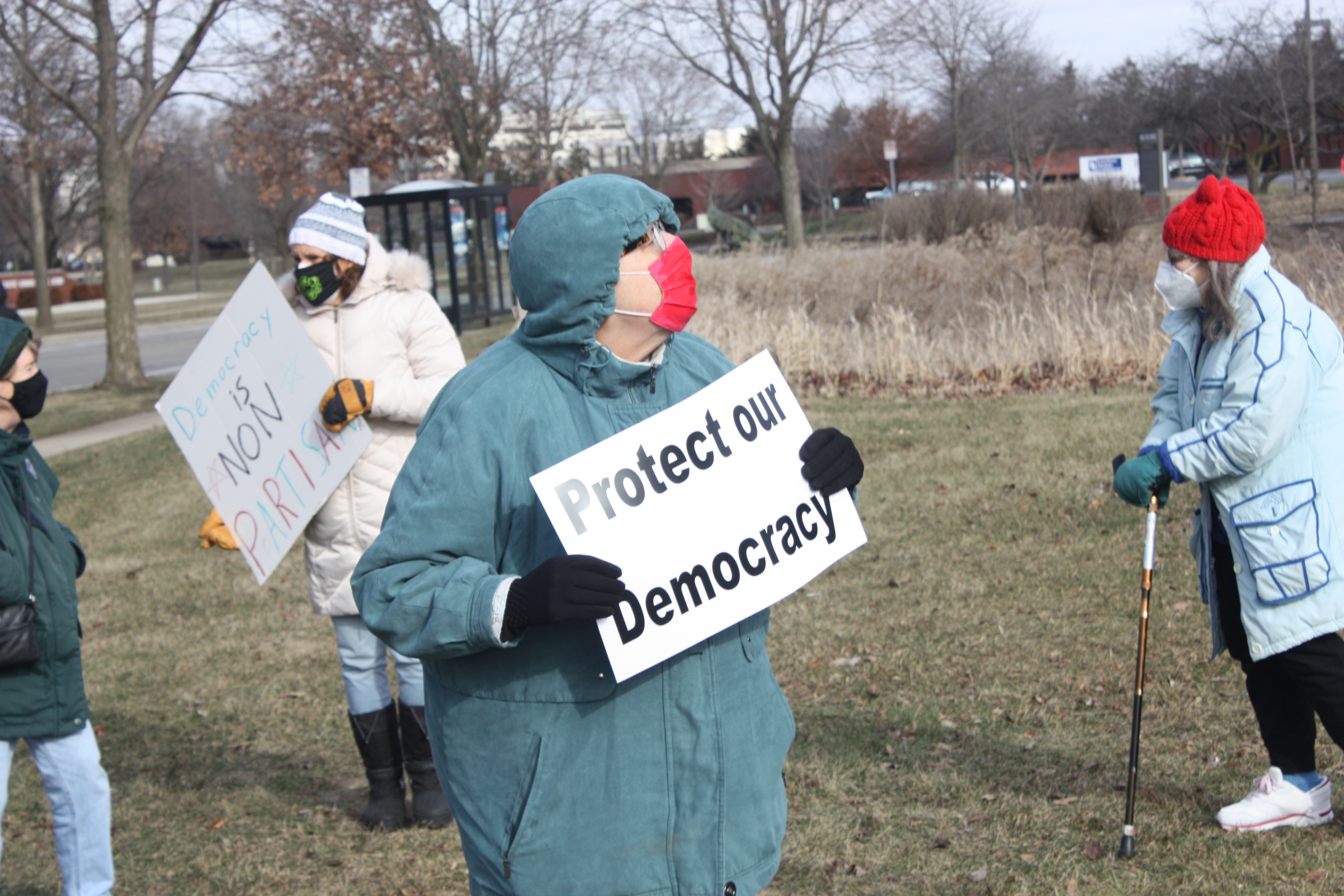 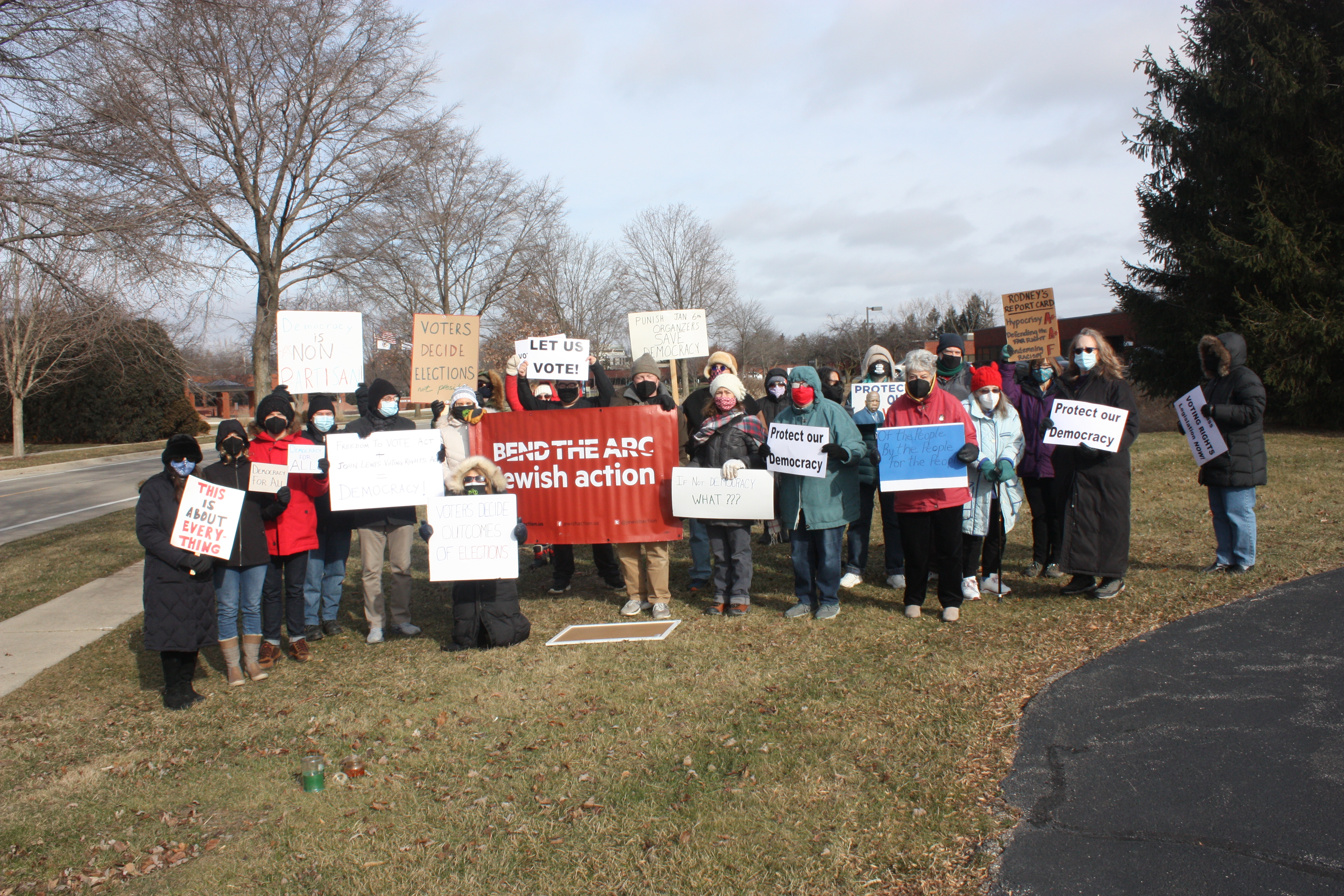 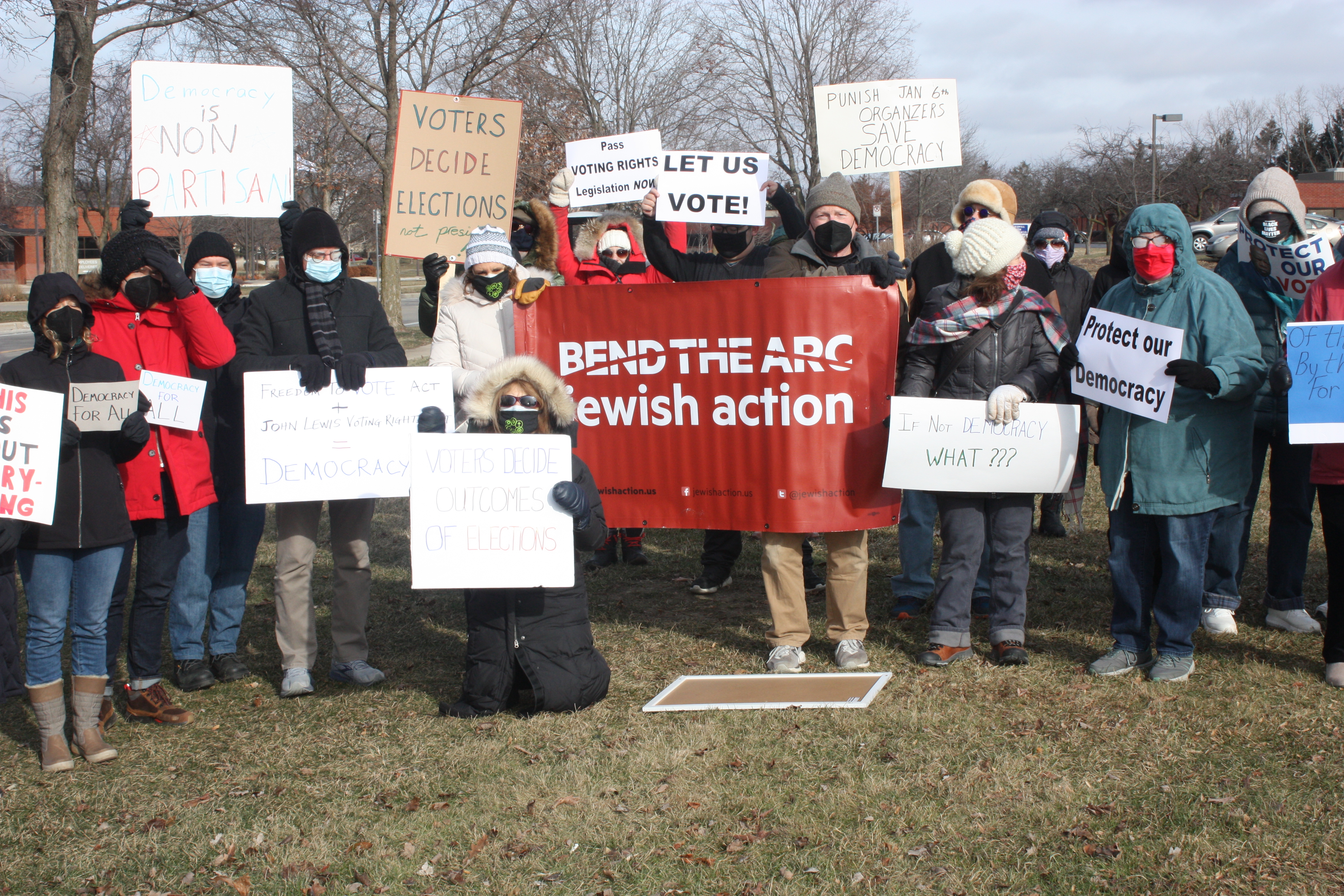