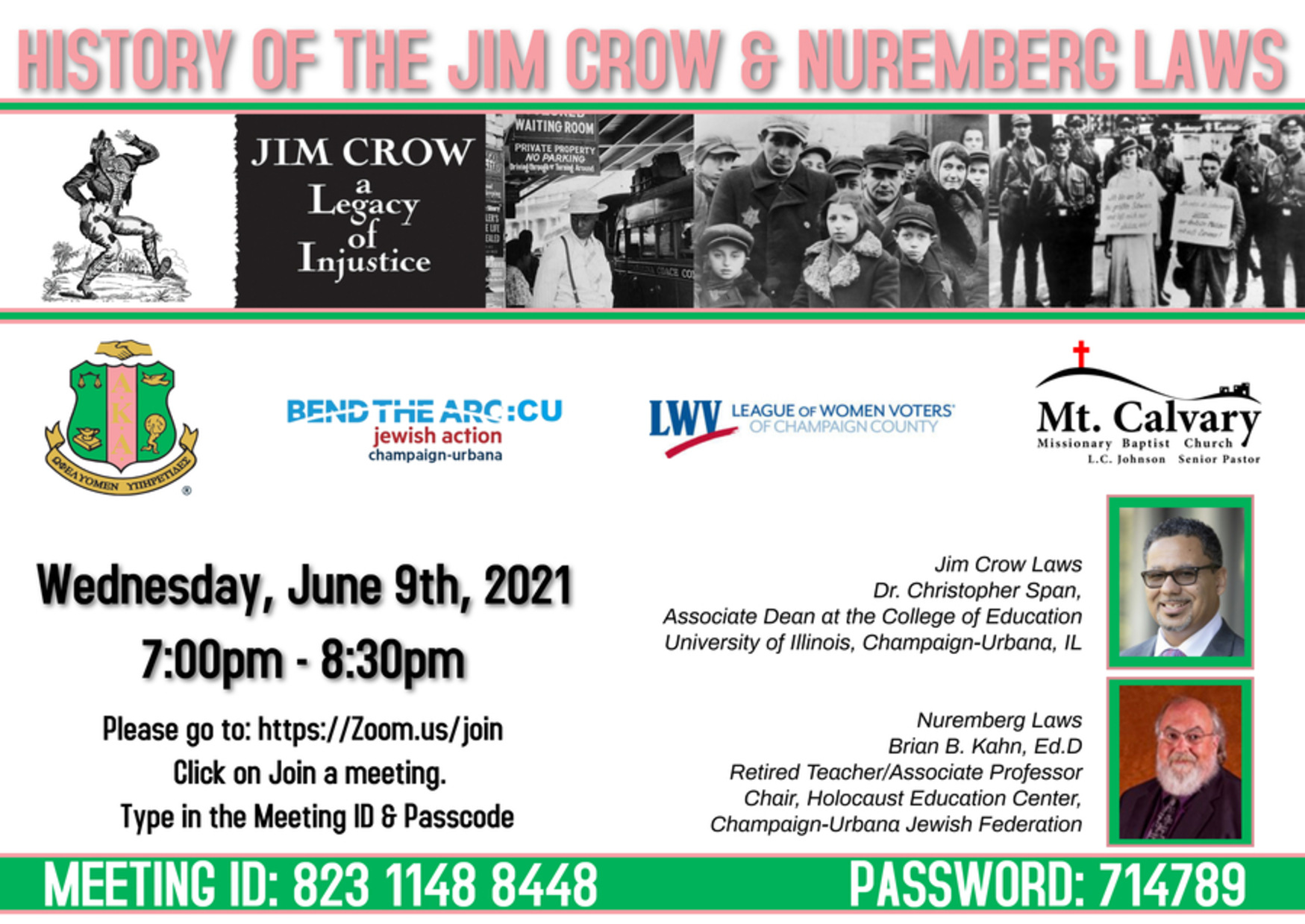 When the Nazis set out to legally disenfranchise and discriminate against Jewish citizens, they weren’t just coming up with ideas out of thin air. They closely studied the laws of another country--the United States. It was the Jim Crow laws that interested them because, according to scholars, the United States at that time was considered the most racist country in the world.

On June 9, from 7-8:30 pm, you can learn how the Jim Crow laws of the '20s that prevented Blacks from voting led to Germany's Nurenberg Laws to disenfranchise German Jews. It’s a stark warning of what can happen if today’s push for voter suppression succeeds.

Presenting will be Brian B. Kahn, Ed.D., and  Chair of the Champaign Urbana Jewish Federation's Holocaust Education Center; and Christopher Span, associate dean of the U of I College of Education. Sponsors of this event are the League of Women Voters of Champaign County, Bend the Arc Jewish Action of Champaign-Urbana, and the Epsilon Epsilon Omega Chapter of Alpha Kappa Alpha Sorority, Inc.