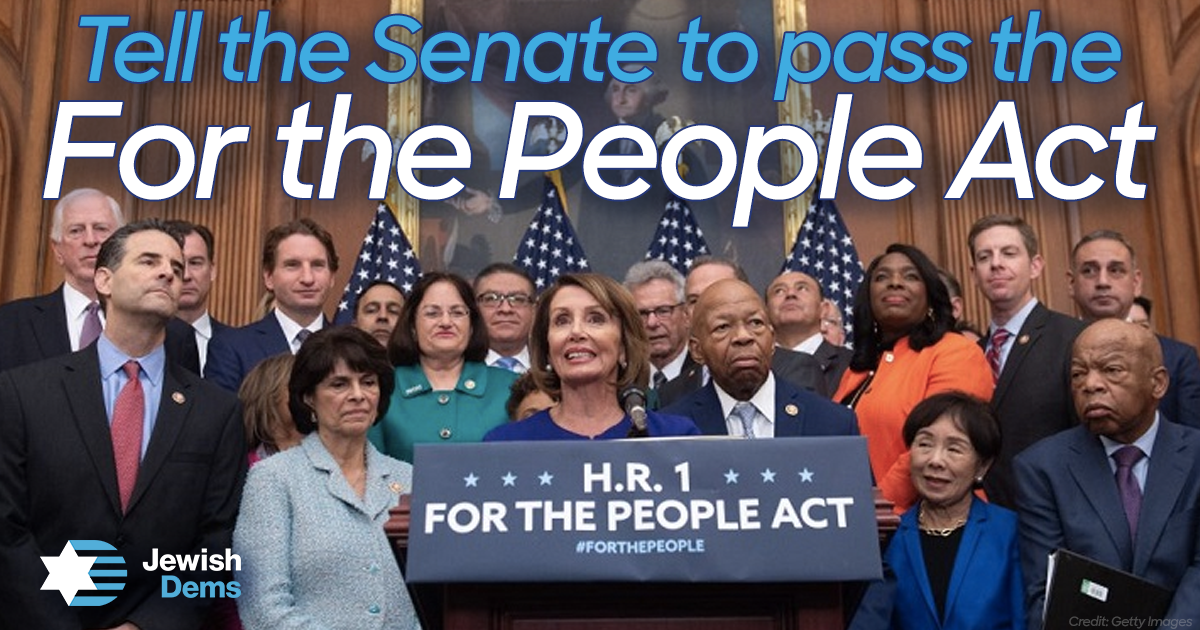 Bend the Arc Jewish Action CU has joined over 300 other advocacy, civic, faith, and labor groups representing nearly 2.5 million Americans from 43 states and the District of Columbia in an initiative called Deadline for Democracy.

The initiative is calling on its members nationwide to bombard Congress with demands to pass S1, the For the People Act. This is the bill that would retroactively invalidate all the new voter suppression laws and protect every person’s right to vote.

As our first step, on June 8 Bend the Arc Jewish Action CU became one of the 302 national groups to sign a publicly released letter asking President Biden and Vice President Harris to do everything in their power to work toward the swift passage of the For the People Act. The letter made enough of an impact to be covered by The Hill, the newspaper devoted solely to covering Congress (https://bit.ly/3iBK5HY).

Because our democracy is on the brink, we are also joining Deadline for Democracy's call to action over the next month with two phone banks and a text bank targeted at S1 and HR4 (the John Lewis Voting Rights Advancement Act), and a postcards-to-voters initiative to Arizona. Contact us at https://cu.bendthearc.us/contact.