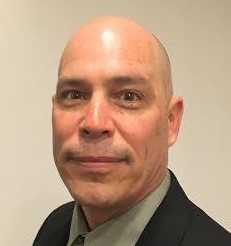 Among the topics discussed during the hour-long meeting was our concern for our own safety in the aftermath of the shootings in Pittsburgh. We explained that known antisemitic groups have been active in our area, primarily the college-based Republican group Turning Point USA (a former member is now head of the Champaign County Republican Party) and violent, neo-Nazi Proud Boys (members posed in December at the U of I's Alma Mater statue, after which swastikas were found on campus).

Bend the Arc:CU's secretary Rob outlined the security measures the synagogue has had to institute because of the Pittsburgh shootings. Sikowski stated he had never heard of Turning Point USA or Proud Boys. We suggested he learn about them right away.

With this as background, we asked that Sen. Duckworth put Bend the Arc's national #RejectWhiteNationalism pledge on her very popular Twitter feed. Sikowski, after asking if other senators had signed the pledge, was noncommittal. (We are still waiting to see the pledge on her Twitter feed.) He did say, however, that Sen. Duckworth supports everything we brought up at the meeting.